This is an extremely limited release comemmerating Francisco Almonte’s (owner and president of DBL Cigars) 35 years in the cigar industry.

Francisco is a third generation disciple of the tobacco industry, standing in the footsteps that his grandfather and father planted back in the early twentieth century. For nearly 100 years, the Almonte family has showcased the grandeur of Dominican tobacco with their production of high-grade, premium cigars.

There are 68 members of the Almonte family working in the cigar industry. Francisco fell in love with cigars when he began working alongside his father when he was just 7 years old. He deveined tobacco leaves and rolled cheroots (raw, rough cigars often used for testing blends).
Francisco’s father, also named Francisco Almonte, owned a cigar factory that produced the El Rey cigar, a very popular cigar on the Dominican Republic for much of the 1970s, 80s and early 90s.

Today, Francisco owns his own tobacco farm, cigar factory and cigar box factory on the Dominican Republic. He employs more than 75 men and women throughout his company. DBL Cigars has become synonymous with quality and consistency since the company’s inception in 2013. Prior to starting his own company, Francisco worked under the tutelage of Carlos Fuente Sr. at A. Fuente Cigars and Litto Gomez as La Flor Dominicana’s general manager.

The tobaccos for the 35th anniversary cigar have been painstakingly selected by Francisco Almonte, himself. He chose ultra premium tobaccos that have been carefully sowed from the industry’s most prominent growers.

This majestic cigar is cloaked in a Cameroon sun grown wrapper from Ecuador. This tobacco boasts the most flavor of all wrappers on the market today. It also happens to be Francisco’s favorite wrapper. The binder is Dominican and the filler blend includes the Dominican Republic’s most prized tobacco, Piloto Cubano.

STRENGTH
0%
BACK TO PRODUCTS 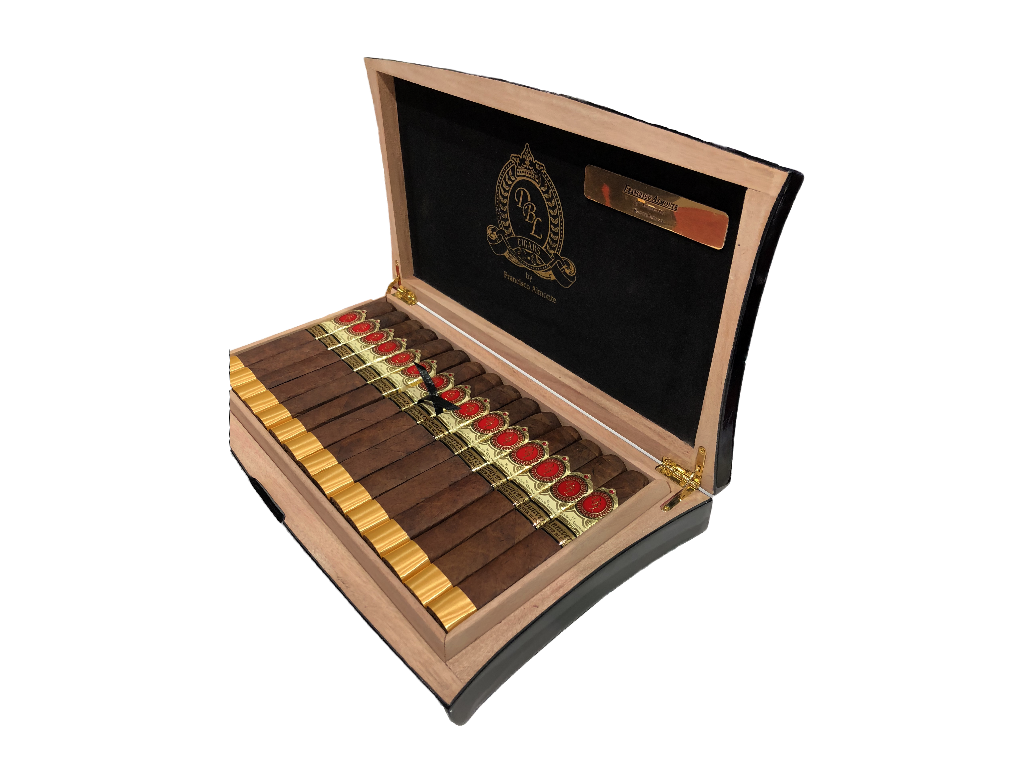